Most fans of the groundbreaking anime "Neon Genesis Evangelion" like myself are both excited and more than a bit wary about the potential of a live-action adaptation (which has been reported to be in progress from as far back as 2004). It's undoubtedly going to be a visual spectacle, with WETA onboard to take charge of its production design, but who's going to direct it? Who will play Shinji, Misato, Asuka, and the other characters? Will it be in Japanese?

Eva.trivialbeing.net is the primary source for news on the live-action project, and there hasn't been any concrete update regarding its development. A fan-designed trailer is up on that site, however, and despite questionable casting choices (see for yourself), it shows the vast potential that the live-action film has as a sci-fi epic unlike anything we have even seen.

So my interest has been reawakened. I'm crossing my fingers that it's Peter Jackson or some great director dedicated to keeping the spirit of the anime. The casting has to work on the basis of cultural nuances and the actors' ability to capture the eccentricities of perhaps Japanese animation's most psychologically complex characters. I came up with this list before in my old website, but I'm posting it here again. Tell me what you think. (Forgive the edited photos; I'm a mere amateur in photoshop editing, was just having fun with these). 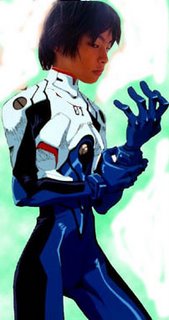 Ikari Shinji just HAS to be Japanese. And if it's to be a young Japanese actor, who better than Yagira Yuuya, a Best Actor awardee at Cannes? Shinji is a disturbingly complex character. I don't want some pouting Caucasian boy making him nothing more than a brooding adolescent. Whoever plays him has to be a great actor. 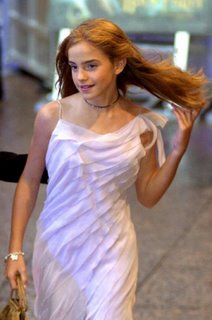 Up until the writing of this, I was still choosing between Emily Browning, who impressed me a lot as Violet Baudelaire in 2004's Lemony Snicket's A Series of Unfortunate Events, and Emma Watson, who we all know and have come to love (in varying degrees) as Hermione Granger. Looking at photos of both, and considering what I've seen from them, I'm finally choosing Watson. I'm convinced that she can effectively portray spunky, naughty, tragically unhinged Asuka, and she'll look great with the character's signature red hair. 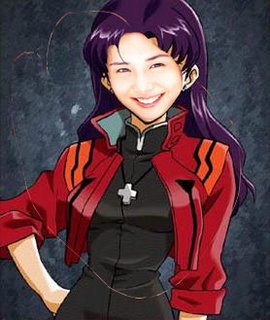 Most film fans know her as the lead of Ringu, but to see how brilliant she would be as Katsuragi Misato, one has to watch her performance in the live-action "Great Teacher Onizuka" series. After watching that, I couldn't imagine anyone else playing Misato. She has the beauty, the stance, and the general attitude to pull it off perfectly. I can imagine Matsushima as drunk Misato, stern tactician Misato, emotionally ravaged Misato... She'll be perfect. 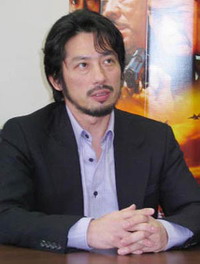 -husband in Ringu, Sanada Hiroyuki, has a dark, brooding intensity that has landed him such strong roles as that and as the originally unaccepting samurai in The Last Samurai. Just imagine him glaring over overlapping fingers as Shinji's villainous father, Gendou. He'd be chilling, with just enough cold humanity to make him at least remotely worthy of sympathy.

The brilliant NERV scientist Ritsuko has ever been described as cold, even by her close friends. Respected Chinese actress Maggie Cheung has the looks of cold steel and intellect that would be perfect for this role. Gong Li is another possibility, but Akagi's hair (even if only in style and not in color) would fit Cheung better, and Cheung's body frame seems a better fit. 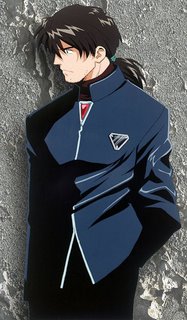 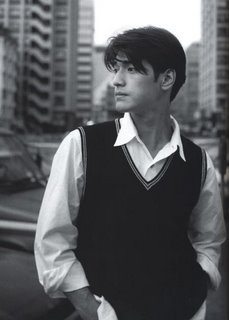 There are few Japanese men as ruggedly handsome as Takeshi Kaneshiro. Need I say more? Kaji is a real ladies' man, a charmer, and few can capture that on film better than Kaneshiro would. Plus, that's one big segment of the market already in the bag if he's in. 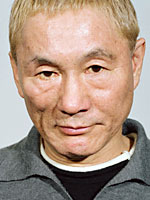 Beat Kitano has a powerful presence, but he can be quiet and subtle when he wants to be. He can bring the necessary calmness, humility, and strength of character that Fuyutsuki is known for.

What about Ayanami Rei? 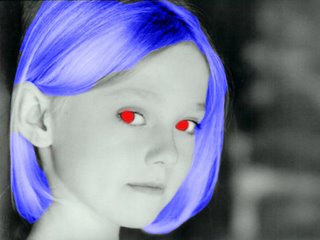 One of Japanese animation's most popular characters of all time is also one of the most difficult to cast, especially for someone like me who hasn't watched a lot of recent Japanese films. Suzuka Ohgo was a revelation in Memoirs of a Geisha, but she may be too cute to play the iconically eerie Rei (unless some transformation happens to the actress in a year). A lot of people are probably going to erupt with indignation upon my even suggesting this, but Dakota Fanning has proven that 1) she can act very well and 2) she can look pretty creepy. Imagine her with a red-eyed glare, saying almost nothing. Shudder. But I'm making the call out of ignorance, so it's not necessarily my ideal casting.

I really hope that this film gets made, and that it ends up being one of the most kick-ass sci-fi movies ever made. If you agree with my choices and know someone in the film's production team (or are in it yourself), then I hope you help make this dream cast a reality.

complicated to say, and totally disagreed in a real live action movie of this anime, the most times that someone try to do this always end in a total disaster, do you remember the adaptation of Viagra Online, of course not because never was released, the only one adaptation that I can say something good is death note real live action OVA.
Generic Viagra Buy Viagra.