What will it take to win Kate Winslet an Oscar? 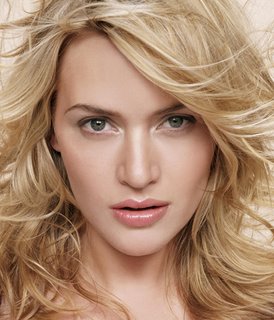 Few actors of her age are as highly regarded by critics, fellow actors, and audiences alike as Kate Winslet. This love for her work has translated into countless accolades and citations from various award-giving bodies, among them four Academy Award nominations by the ripe young age of 30 (she beat the great Marlon Brando's record for the most Oscar nods by that age). She is likely going to receive a fifth mention this year for her searing portrayal of a neglected wife looking for love in the wrong places in Todd Field's Little Children.

But despite the general affection for her in the industry, acting's top honor has remained elusive; she has never won an Oscar. In all of those four times that she has been nominated--five, if this year's likely mention is included--her performance was greatly praised, but she was never the frontrunner. A possible exception is her first nomination, for playing sensitive Marianne Dashwood in Sense and Sensibility, a role for which she won the Screen Actors Guild award for Best Supporting Actress over eventual Oscar winner Mira Sorvino (who also won the Globe). A nomination for her Rose DeWitt Bukater in the box-office and Oscar blockbuster Titanic was inevitable. But the ensemble's acting was not the strength of the film, and so Winslet was never the favored winner; that designation went to Helen Hunt (Judi Dench was perhaps a close second that year). When Oscar came calling again for her performance as the younger version of Dench's character, Iris Murdoch, in Iris, it was already a safe bet that awards neophyte Jennifer Connelly would get the award. Her latest nominated performance and perhaps the most well loved, as the unpredictable Clementine Kruczynski in Eternal Sunshine of the Spotless Mind, ultimately failed to break through the two-way struggle between perennial opponents Annette Bening and eventual winner Hilary Swank. This year, a nomination for her role of Sarah Pierce is the most that she could hope for, with fellow Brit Helen Mirren poised to win her first Oscar.

Will Kate Winslet ever win an Oscar? If Hilary Swank can do it twice, why can't she? There's no lack of love from people, and the films for which she gets awards notice are usually stalwart contenders themselves. Many film icons have gone on to be nominated several times without a single win (though Peter O'Toole and especially Martin Scorsese seem likely to break their dry spells this year), so an Oscar-less career hardly means a lack of talent. Still, this writer (and Kate Winslet fan) would like to put forward the question: What will it take to win Kate Winslet an Oscar?

I offer the following possible routes, in no particular order, that the great Kate can take in pursuit of that golden statuette:

1) Play a really famous person, an icon, in a biopic. Any decent Oscar prognosticator knows that starring in a biographical film instantly ups your chances for both a nomination and a win from the Academy. In recent years, many nominees in the acting categories (and some winners, like Jamie Foxx) played famous people on the way to citations. But starring in a biopic is not enough; Winslet has done so several times (e.g., Quills, Finding Neverland, etc.), but with the exception of Iris, she was never nominated for such work. It is undoubtedly because she was never the true star in these biopics. If she played the lead, taking the role of an icon, then the Academy would surely take notice and highly consider her for a first win. Say, for example, she played J.K. Rowling, or Elizabeth Taylor (just random possibilities). Cate Blanchett's portrayal of Katharine Hepburn in The Aviator proved too irresistible for her fellow actors. The same could happen to Winslet.

2) Take a strong British role in a decently sized British movie. Two of Winslet's four nominations have been for playing distinctly British characters. While this statistic is in no way an indication that she's better at playing someone of her nationality, it is important to take note of the fact that the Academy has always shown a strong liking for British actors, especially when they sound the way they normally do. Winslet's last three British roles since Iris (in Finding Neverland, Flushed Away, and The Holiday) were not awards fodder. Now, if she played a Queen in a period piece, or a female Prime Minister ala Margaret Thatcher, that's another award-bait role right there. It need not be some fabulous costume epic; Mirren's awards vehicle The Queen is far from being one. British actors in powerful roles have always been a glorious sight (and sound) to behold.

3) Pair up with Leonardo DiCaprio again. Since their glorious cinematic time together in Titanic, Winslet and DiCaprio have each steadily gained in maturity and acclaim as actors, but without their paths crossing each other for a second time. Fresh from resounding praise for his roles in The Aviator, The Departed, and Blood Diamond, DiCaprio would be a formidable co-star for Winslet in an intense drama or biopic (a romantic comedy would be cute, but hardly Oscar-bait; and DiCaprio seems to be actively avoiding that genre). Box office draw is nearly certain for a second pairing between these two. All they need now are a good script and director.

4) Be directed by an actor's director, like Martin Scorsese or Clint Eastwood. Some directors, among them Scorsese and Eastwood, have successfully led their actors to nominations at the very least, wins at best. None of the directors with whom she has worked, with the possible exception of Ang Lee, is recognized for that same ability. Maybe if she worked again for Lee, or for either Scorsese or Eastwood, these directors' own mojo could help her secure a first win.

5) Star in a musical. Dreamgirls is bringing the musicals back to awards derbies, and with highly likely wins by Jennifer Hudson and Eddie Murphy coming just four years after Catherine Zeta-Jones's for Chicago, the genre could be a goldmine for award-worthy performances. Winslet showed in Christmas Carol: The Movie, with the single "What If?", that she has the pipes. If it's a substantial role in a musical that can’t be dismissed, then maybe a win would be in the offing.

6) If all else fails, the usual tactics. These include but are not limited to: a) playing against type (Winslet as lesbian, or psychopath? Oh wait, she was both to some extent in Heavenly Creatures); b) having a handicap (a wheelchair-bound Winslet, or deaf-mute, or mentally challenged?); c) de-glamming (Winslet not looking beautiful? A definite stretch.); and d) going sexually provocative (she sheds her clothes in nearly every film, but she has hardly ever been overtly sensual). If these options still do not work, I don't know what can.

Of course, there are various factors that can perpetually keep the statuette an arm's length away from Winslet's grasp. For instance, no matter how good she is in a film, or how good the film itself is, if she has to go against a Dame, or a come-backing actress, or someone the Academy would want to give a career award to (doesn't Winslet herself qualify for one of those yet?), she won't win it. It is, of course, a glowing comfort to us admirers of Ms. Winslet that Oscar win or no Oscar win, we are blessed to have the opportunity to bask in her brilliance.

as kate herself notes in ricky gervais's extras, she needs to appear in a holocaust film or play "a mental"

what a great thoughtful analysis...

I imagine she will win at 80, like O'Toole's doing this year.

let's hope she gets one before she turns 80 :p