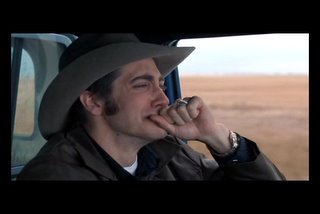 In Brokeback Mountain, both Heath Ledger and Jake Gyllenhaal say little, though Ledger's Ennis del Mar has always been considered the more inaccessible, Gyllenhaal's Jack Twist the more adventurous. Gyllenhaal masterfully blends a sort of innocence with the intense pain of a heartbroken lover to come up with what was the true best supporting (or co-lead) performance of last year. Key scenes are when he breaks down in his truck after an abruptly ended meeting with Ennis, and during the heated encounted with Ennis near the end of the film, but even in the simplest of situations, Gyllenhaal shows how good an actor he has become. 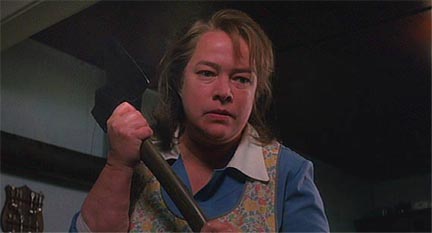 Easily one of the more underrated films, Dolores Claiborne also had one of the most overlooked brilliant performances of the 90s: that of Kathy Bates as the title character. With her daughter Selena (Jennifer Jason Leigh), Dolores brings us the story of her life. She was mostly subjected to abuse, primarily from her husband Joe (recent Oscar nominee David Strathairn in a truly anger-inspiring role), in other ways also from her employer Vera (Judy Parfitt), but she managed to live through it all with the utmost dignity and strength of character. Kathy Bates has shown us how nasty scary she can be (#47), and here she shows us how vulnerable she can be. Bates is nothing short of brilliant in showing us Dolores's raw strength and fortitude and love for her daughter, and her resilience in going through the struggles of her life. Truly Bates's best work and one of the best performances sadly overlooked. 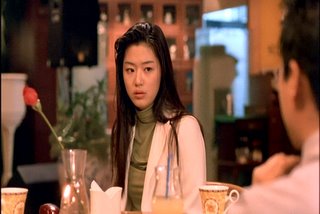 In the original cut of the film, the title character of the wonderful Korean film (one of my all-time favorite films) My Sassy Girl goes unnamed for the whole movie. Instead of it being a handicap, it increases the intrigue that one builds over beautiful Ji-Hyun Jun's character. But even without that device, the character would have still been fully realized, thanks to Ji-Hyun's amazing talent. She is highly regarded in Korea (she won a major acting award for this film), but is unfortunately less known outside her country despite her skills. In this film, she manages to make a fragile, flawed character who puts a facade of crudeness and violent impetuousity all too human and deserving of respect and love and compassion. She handles key emotional scenes extremely well. And of course it doesn't hurt that she has one of the most beautiful faces to have graced international cinema. Anyone who has seen this film won't be able to help falling for Ji-Hyun's charisma and sheer talent. 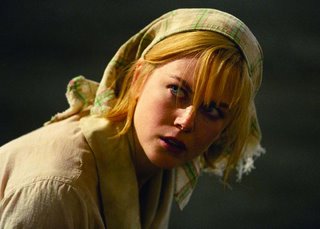 It has been said by many that Nicole Kidman's best performances have been in small, independent films, such as Birth and The Others. It isn't difficult to agree, with such an open, honest performance as the one she gave in the Lars von Trier masterpiece Dogville. This is also one of her more subtle performances, where she is able to make Grace such a well-realized character despite her lack of words. The film ends in a way that does not sit well with everyone, but it did with me, for I wanted Grace to get what she so deserved, regardless of the way by which it is delivered. That's a testament to Kidman's masterful portrayal of the character, something that Manderlay's Grace Bryce Dallas Howard valiantly tried to give justice to. 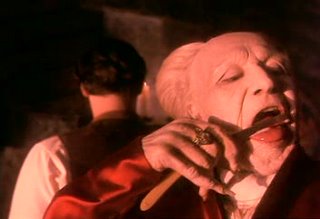 In a role that should have gotten him at least a nomination, Gary Oldman shows that no one can play sinister, seductively cunning villain better than he could. His legendary vampire in Francis Ford Coppola's Dracula is easily one of the 90s most memorable performances, ranging from proud (as the Count before and after his fall from grace) to grotesque (with the old visage at the dark mansion), but always superb. Former Draculas (e.g., Bela Lugosi, Christopher Lee) have left their marks and were inarguably skilled at portraying the character, but Oldman breathed life into the undead icon in ways that the others had not been able to do. Oldman makes Dracula a creature to fear, despise, and ultimately feel sympathy for, for Oldman shows us that even creatures of the damnation can love.