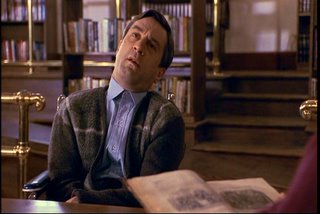 Robert De Niro is easily ne of Hollywood's best and most respected actors, having turned in a score of unforgettable performances. His greatest, in my opinion, is one for which he was nominated for a Best Actor Oscar. Its a performance that draws you in, makes you feel the pain of the character, and causes you to lose and rekindle hope in equal measure. Robin Williams is a strong, capable co-lead, but Awakenings is undoubtedly De Niro's film, with his silent strength and perseverance. 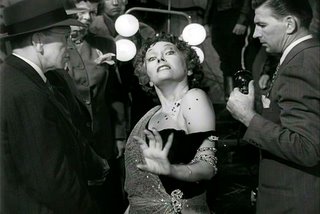 A number of cinema's most memorable quotes ("I am big. It's the pictures that got small," "All right, Mr. DeMille. I'm ready for my closeup," etc.) come from the great dame of movies about faded stars, that vampiric Norma Desmond of Sunset Blvd., played to delicious perfection by Gloria Swanson. The way she stares at and slinks toward the camera, her illusions of grandeur, her self-importance and self-pity...Swanson, being herself something of a faded actress, was able to capture every important flicker in the spirit of Norma Desmond, creating one of the most memorable characters of all time.

Who would forget Robin Williams's larger-than-life voice-acting for Genie in Aladdin? It is easily one of the most distinct voice-over performances in the history of animation. In this role, Williams was unrestrained, allowing him to give Genie more than just a voice: the animated character was given life. Countless actors have lent their voices to animated characters, but none of their performances have proved as iconic as Williams's Genie, a role that deservedly earned the great comic a special Golden Globe. 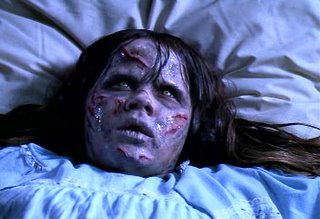 Still arguably the most frightening horror movie of all time, The Exorcist gripped its audience in terror in the year of its release, and it has barely lost its effect on moviegoers. The film brought to fore the general fear of evil, demonic possession and the precarious state of faith, shocking everyone with graphic imagery and dialogue. At the center of it all was Pazuzu's possession of the child Regan McNeill, played by then unknown Linda Blair. Though the voice of Pazuzu wasn't Blair's (Oscar-winner Mercedes McCambridge is credited for it), the body still was, and though it can be argued that the role of Pazuzu-dominated Regan is a composite of many performances, it is still essentially Blair. We cannot take away from her the sheer impact of a role that has spawned countless other cinematic head-turning, vomit-spewing demon-spawn.