Peter O'Toole, who has yet to win a competetive Oscar, is in my opinion one of Hollywood's best actors. It is unfortunate that he did not win even for playing T.H. Lawrence in one of the greatest epics, Lawrence of Arabia. O'Toole was able to infuse the character with the strength and humanity that the historical Lawrence was known to have had, and not once does he falter in making Lawrence seem fragile and powerful at the same time. A lesser actor would have fumbled, or gone overboard in the portrayal of a man in a rage of conviction, but few actors could claim to have the same elegance and magnificence as Peter O'Toole. 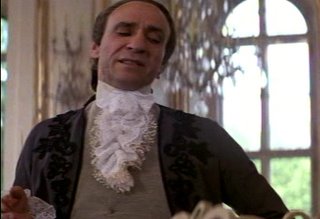 Where is F. Murray Abraham nowadays? He was amazing as the envious composer Antonio Salieri in Milos Forman's Amadeus, a role that won him an Oscar for Best Actor over co-lead Tom Hulce who played Wolfgang Amadeus Mozart. Old, broken Salieri recounting his past or the younger vessel of rage over the unlikely genius that was Mozart, F. Murray Abraham portrays the character with a respectful dignity, gestures and expressions that make him seem a victim of circumstance. Modern epics would do much better with actors like Abraham taking the reins. 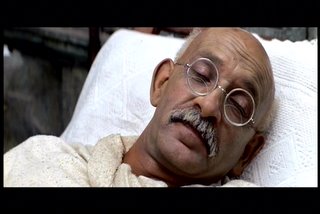 Perhaps one of the most memorable and revered biopic performances of all time, Ben Kingsley's turn as the title character in Richard Attenborough's masterpiece Gandhi easily and deservedly won him a Best Actor Oscar. It was a great boon to Kingsley that he has Indian blood and thus effortlessly looked the part, but it should not cause one to overlook how brilliantly he played the great man of peace. His Gandhi is always serene, almost ethereal, even when he is made to show sterner stuff than is expected from one of his reputation. With Kingsley, as it was with Gandhi, gentleness and strength can form a formidable combination.

Few recent performances can be called searing and raw, the type that makes the viewer cringe, shudder, or even sit back in terror of the emotions so powerfully conveyed on screen. While Sean Penn and Naomi Watts (#49 in this list) have this type of performance in the masterful ensemble 21 Grams, it is Benicio del Toro's Jack Jordan that is truly incendiary. In an interview, even Melissa Leo (who plays Jack's wife Marianne) says she was scared of del Toro's character. The scene where he orders his daughter to allow her brother to hit her on the other arm is a particularly haunting one, where Jack shows his fanaticism. Few performances after this have matched it for its power to stimulate the emotions that it sets out to invoke. 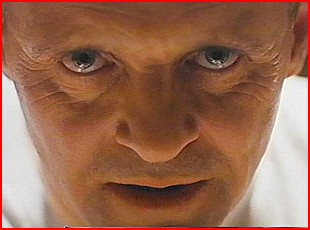 16. Anthony Hopkins as Hannibal 'The Cannibal' Lecter in The Silence of the Lambs (1991)

In his short appearance as Hannibal Lecter in The Silence of the Lambs, Anthony Hopkins is easily able to steal key scenes from his costar Jodie Foster, and in the process create one of cinema's most iconic characters. Some of the most memorable quotes ("A census taker once tried to test me. I ate his liver with some fava beans and a nice chianti.") come from Lecter, a deliciously portrayed villain that is more realized than many of cinema's more blatant and less subtle 'monsters.'